Book a Meeting with Us at Magento Imagine 2019 & Receive an Amazon Echo Dot!

Book a meeting with the Shopgate omnichannel experts to learn more about our newest mobile shopping app, clienteling, and fulfillment solutions and we'll give you an Amazon Echo Dot.

Book a Meeting with Us at MagentoLive 2019 & Receive an Amazon Echo Dot!

Book a meeting with the Shopgate omnichannel experts to learn more about our newest mobile shopping app, clienteling, and fulfillment solutions and we'll give you an Amazon Echo Dot. 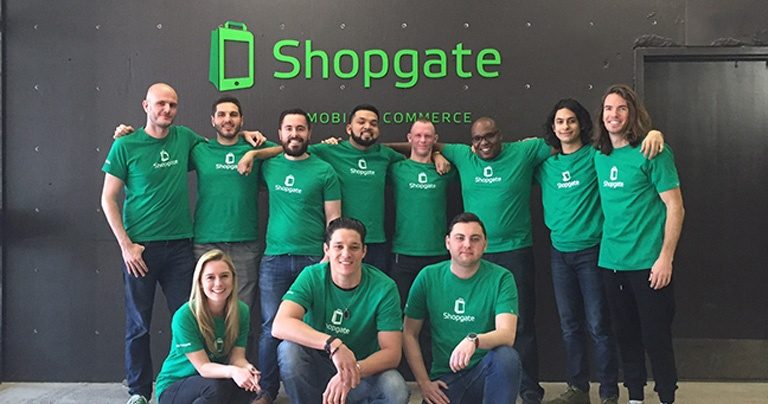 AUSTIN, Texas–(BUSINESS WIRE)–Fresh off a $15 million Series C that fully funded in January, Shopgate Inc., the leader in mobile commerce, today announced it has appointed Marc Biel as Chief Executive Officer to lead its expansion strategy into the U.S. mobile market. Shopgate leads the market by providing high-impact mobile commerce apps and mobile websites to SMB and enterprise retailers.

Biel’s promotion comes after successfully serving as COO/CFO since 2014. Biel’s promotion to CEO comes on the heels of his decision to move the company’s U.S. headquarters to Austin from Palo Alto and to begin building out the new U.S. team. The German-based eCommerce company plans to use its recent funding to hire 50 new staff this year for its Austin office.

“After a review of several cities in the U.S., we quickly realized Austin offered the best opportunity for the kind of rapid growth we envisioned,” said Biel. “Austin is home to an incredibly robust eCommerce ecosystem, including some of our strategic partners like BigCommerce and Volusion. Access to veteran talent was another contributing factor to our move as Austin continues to attract the kind of skilled staff we need in areas such as B2B sales, strategic marketing and customer success.”

Fueling Shopgate’s growth are its mobile app innovations proven to increase revenue for retailers of all sizes. The company already owns nearly 80% of the German mobile commerce market and thanks to an aggressive R&D strategy it has been rolling out more product enhancements that have captured the attention of mid-market and enterprise retailers. 50% of all internet usage occurs on mobile apps and over 50% of worldwide eCommerce traffic comes through mobile devices, paving the way for Shopgate’s success. With over 650 customers already in the U.S., one of their largest customers is Gameday Merchandising, a sports and event merchandising company responsible for the online sales of such iconic brands as the Golden State Warriors, the Oklahoma City Thunder and Tough Mudder.

“We plan to roll out cutting-edge technology in 2016, including one that we think will make a big splash during our first-ever SXSWi in March,” notes Biel. “Technology leadership will define the successful retailer in 2016. Retailers must strive to create retail experiences that not only engage but drive customer loyalty. Retail apps are the single best way to create brand evangelists.”

As we help retailers navigate our new commerce landscape, we will continue to post updates on all things curbside, omnichannel, commerce, and Shopgate. If you’d like to be notified with the latest news, subscribe below!